Hi, i hope i post this in the right section since my questions is covering moving and non moving part and i need to know the performance for what im going to do.

QUESTIONS IS (please answer it in order if possible, i would really appreciate it)
ASSUMING we do not use it in RAID environment just single drive

1) Which drive will perform better if we do Virtualization (which we are using KVM Virtualization on Linux server)
2) Since each drive have different role, one has higher RPM and one have higher cache and one have lower RPM (hybrid ssd but it has SSD 8GB on it) - which one will reduce I/O on the server/
3) if we used raid controller, is that right the cache on the drive itself will be disable and therefore the raid controller cache will come into the play - what i mean is, if the raid controller have 128MB cache and the bare drive have only 64MB Cache, as soon as we use raid controller that have 128MB cache, the cache for the drive will be 128MB CACHE?
4) Which drive from those 3 will be the best for read, write and reduce I/O under extreme condition


PS: I dont put SSD into the picture because of the pricing, therefore i need to know how can we create similar to SSD performance using above drives?
DataPlanet

RAID 5 comprises block-level striping with distributed parity. Unlike in RAID 4, parity information is distributed among the drives. It requires that all drives but one be present to operate. Upon failure of a single drive, subsequent reads can be calculated from the distributed parity such that no data is lost. RAID 5 requires at least three disks. 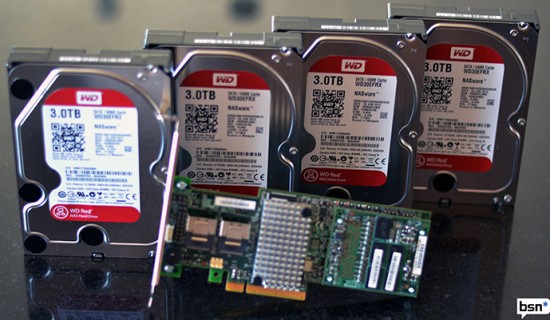 Go with the best controller in the market. 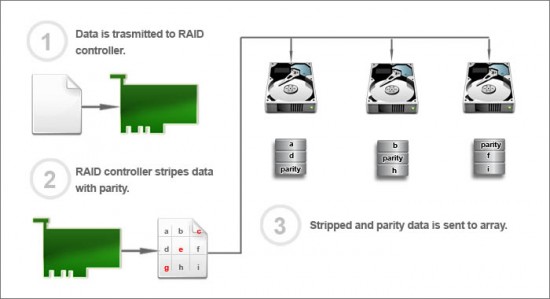 Absolutely do not use RAID5 unless you have no other choice. Even for those experienced with RAID arrays, RAID5 has several caveats that can catch you out and lead to data loss. Even with one drive failed, an unrecoverable read error during a rebuild can mean the loss of the entire array. A simple Google search will explain in elaborate detail why RAID5 is a last resort.


Go for RAID10 (0+1) or if that is not an option, live without the performance gains of striping and stick with a RAID1 over multiple drives. Performance is desirable, but losing your entire array is not.
HaQue

I would be looking for DATA integrity over performance any day. No point having a file transfer 10 milliseconds quicker if your RAID goes belly up and you have an unlucky scenario like the previous person said. It happens, and frequently.

About raid5 - it's cool and all , but i had too many cases where 2 disks go down at the same time.


I am wondering what aspect of this requires such an emphasis on performance?

If you don't want to get stung with gotchyas like severe bottleneck or such that can happen because of certain configurations/hardware choice, then that is different and these are questions that should be asked.

You could be better of looking for performace with RAM or Mainboard choice instead depending on application, eg, database, web apps, file server, Active Directory DC..

but the questions that been lingering around is that the harddrive...

It might be better to pose the actual questions that are lingering around as you say.
Post a reply
Switch to full style