Please do not post questions about data recovery cases here (use this forum instead). This forum is for topics on finding new ways to recover data. Accessing firmware, writing programs, reading bits off the platter, recovering data from dust...
Post a reply
sin

Hello every-body, hope things are all fine with all you guys.

Had rx a hard drive from direct client who had given it for recovery purposes. The quote placed by previous companies was around 120USD or little more/less... the client refused and took his drive away as he wanted some body who could do in more cheap.

Then he went to another company who solderied things for him and said full recovery was possible. The client again wanted to bargain and took the drive away from second company and got this to me.
I honestly had absolute disinterest to pick this case up and returned this as after testing these connections and even a pcb SWAP there were no signs of life and didnt want to do a PhD uder 80USD

but the point is, check out how ENGINEERS kill drives in India and offlately Seagate was offering FREE DATA RECOVERY SERVICES to some of its Indian customers. I exchanged a couple of emails with them as a customer to confirm and even got in written that they would offer free DR service to me. But eventually I decided to expose my identity to them and explained all such pitfalls they can suffer once the drive reaches Netherlands from India

I also told them that Indian DR guys are too cunning...they do not return the original patient drives back to their clients and if at all the drives are in warranty, they could apply for seagate DR free services and have 2 drives back (one replacement and another drive from Netherlands with data..thats 4GB btw).

Then I got call from their malasiya office and looks like have stopped their free service in India.

Indian DR techs can thank me 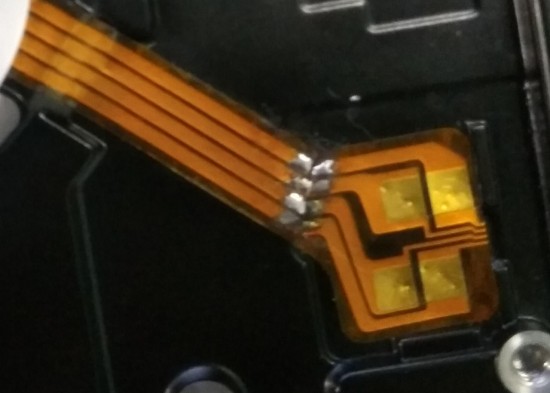 You cant condemn a whole country based on the poor workmanship of one drive.
sin

Yes, thats what is called being diplomatic.
Infact i think i have miscommunicated a thing.

I was the third person to investigate the hard drive.
The client visited 2 companies before me.

He reported the second company told him that his cables are ripped off
They said, they brought in 5 engineers to fix his problem

They said only selected data was recoverable.
Quoted arount the same amount the first company did or possibly more.

The client decided to take away his hard drive.

Then he came to us. This history was told by him. We examined the ribbon and it looked as if an attempt of repair was made, but then soon after when the client decided to leave the second company, things were undone and things were left open

Also it was observed that 4 capacitors in the data line were removed. Let me present you the photograph by tonight.

This is just as common as 2 eyeballs on a human face.